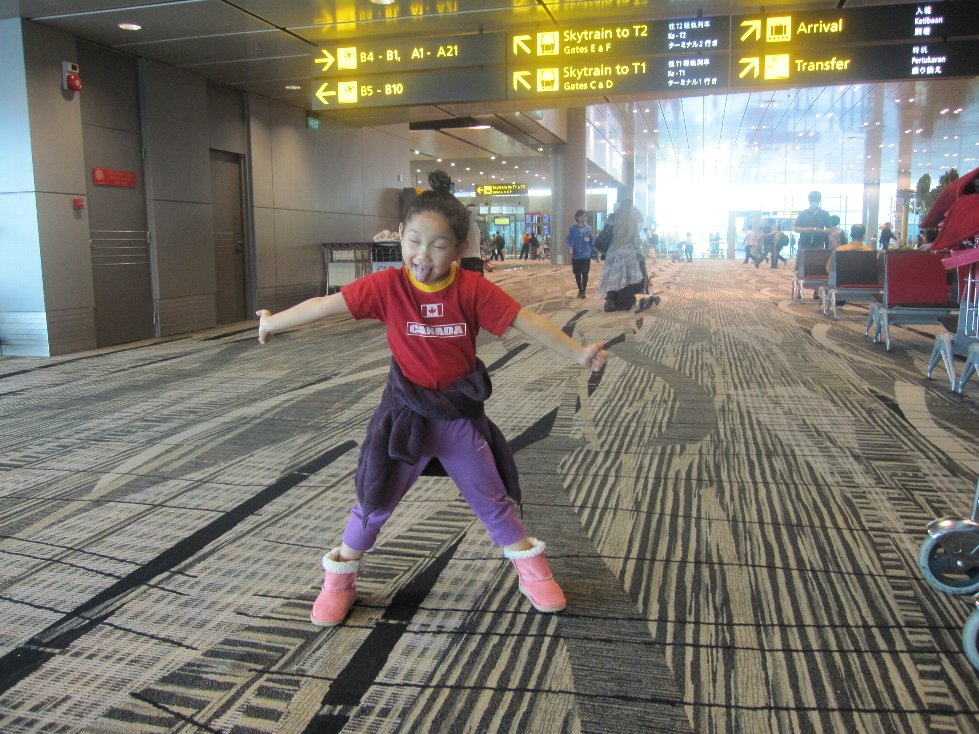 After a while without posting and coming up with this travel post, you would think I hopped onto a plane and went to Singapore. I wish I did. I could use a few days of rest and some Chinese food.

Last year when we went back to Japan for a vacation, we had a stopover at Singapore.  From Dubai, Pristine and I only had a couple of hours in Singapore before we had to board the plane to Narita, Japan (where we experienced that terrible turbulence) so we didn’t get to see Singapore at all. We just strolled around the airport looking for Wifi spots and just making funny faces (her) and taking photos (me).

When our vacation to Japan was over we had a stopover in Singapore for 27 hours – we deliberately chose that flight schedule so we can see the city. We arrived late in the afternoon, met by my good friend Aileen who works in Singapore. She took us to the Singapore Flyer – a ferris wheel sort of thing where you can see the view of the city, just like the famous London Eye. 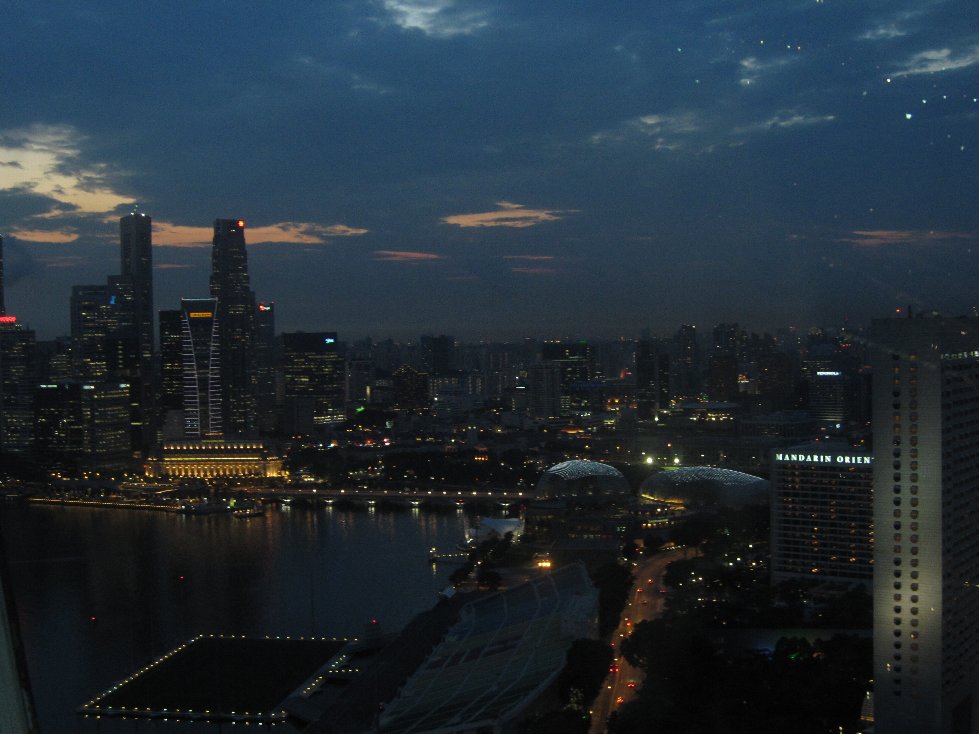 I thought we made a mistake of getting on the Flyer at night, I thought it would be better at daytime but nope, I think I like to see these night photos more than how it would have looked like at daytime. 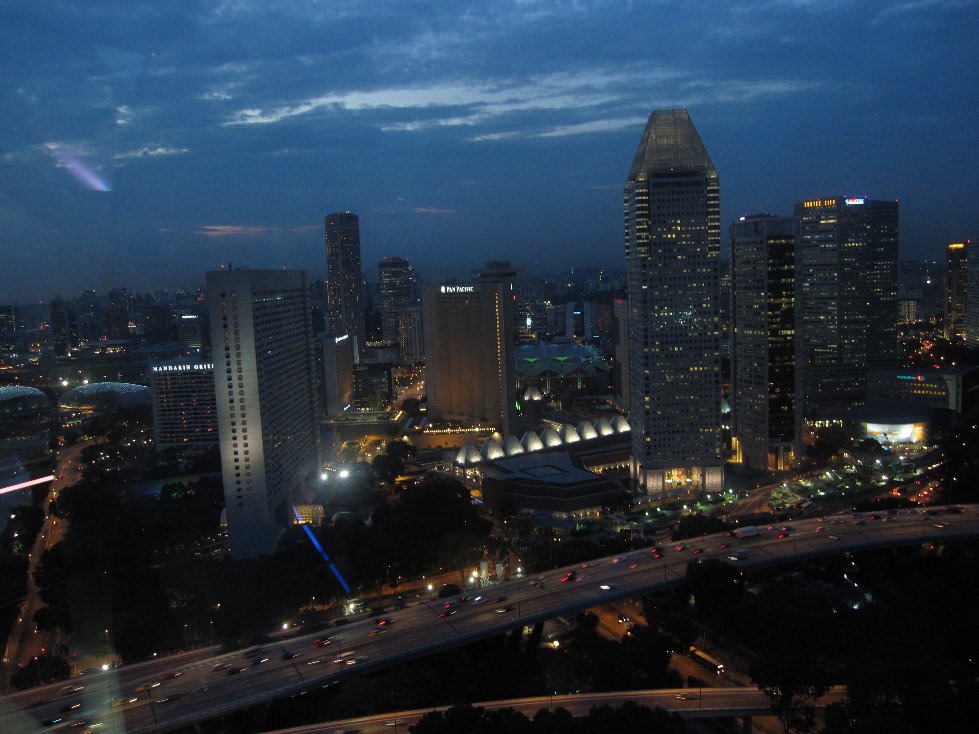 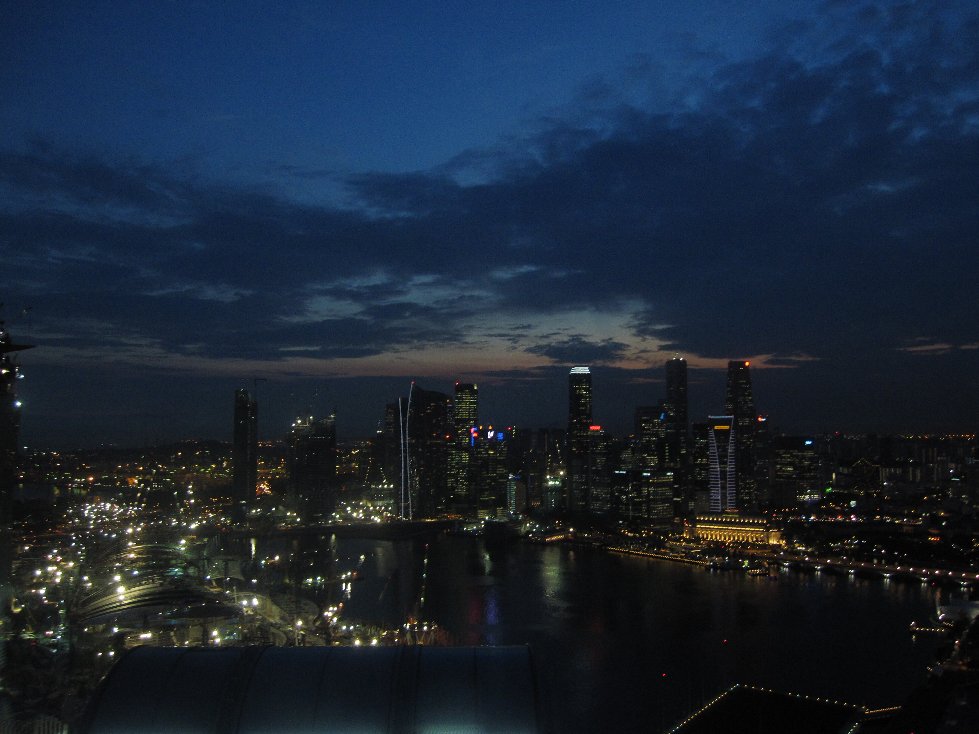 Pristine was however, not thrilled with the view at all and had other things on her mind. 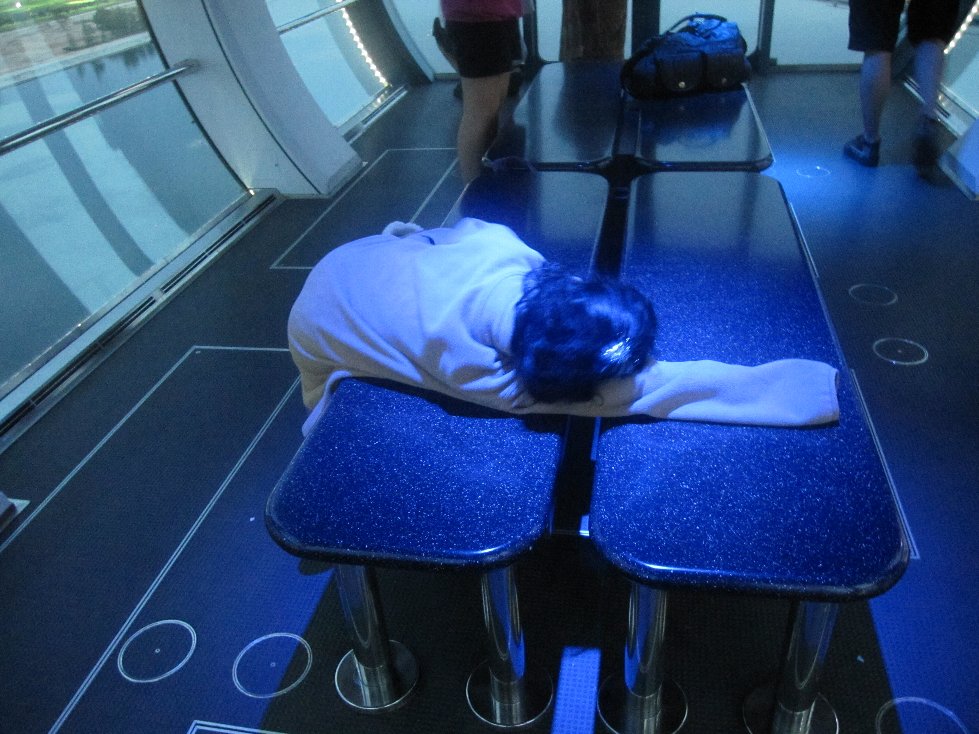 It was a long day, our flight from Narita to Singapore was seven hours so after the Singapore Flyer, we just went back to my friend’s apartment and called it a night.

We were busy planning what to do for the next day, our one full day to explore the city. But alas, being in a tropical country in Asia, we woke up to heavy rain the next morning! It was fun being in bed, listening to the rain outside – if only it didn’t last for 5 hours!!

By noon time when the skies cleared again, we gathered out things and hopped on a train to the city. At the airport (we went back to deposit our things so we wouldn’t be backpacking while touring the city), there’s a free city tour for visitors. All you need to do is show your passport and boarding pass.

Our first stop was at Merlion Park. 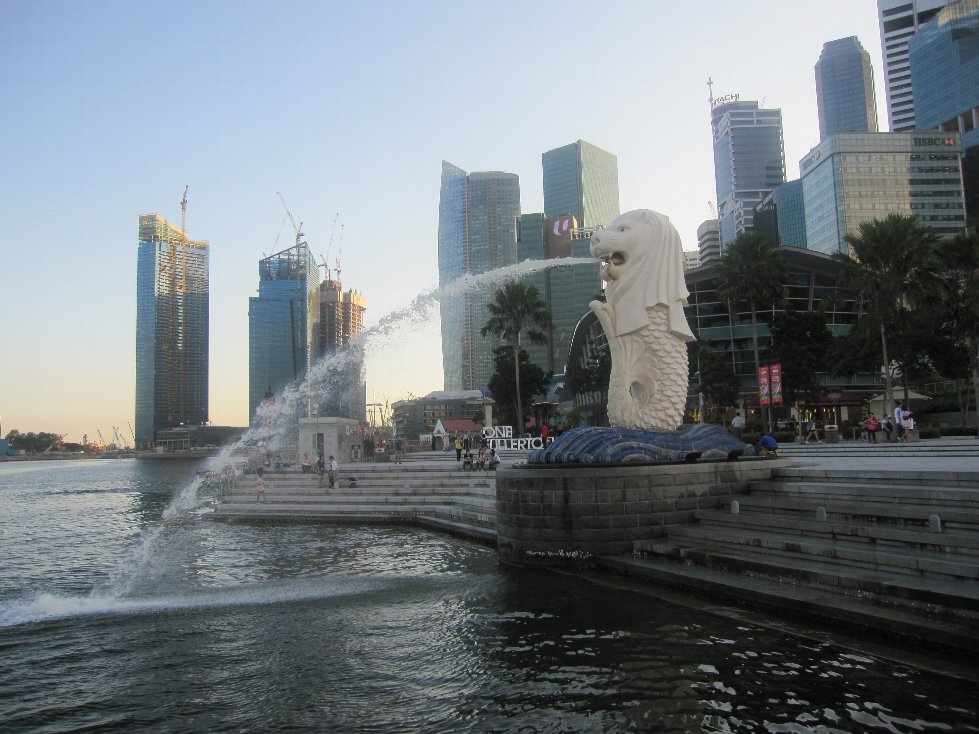 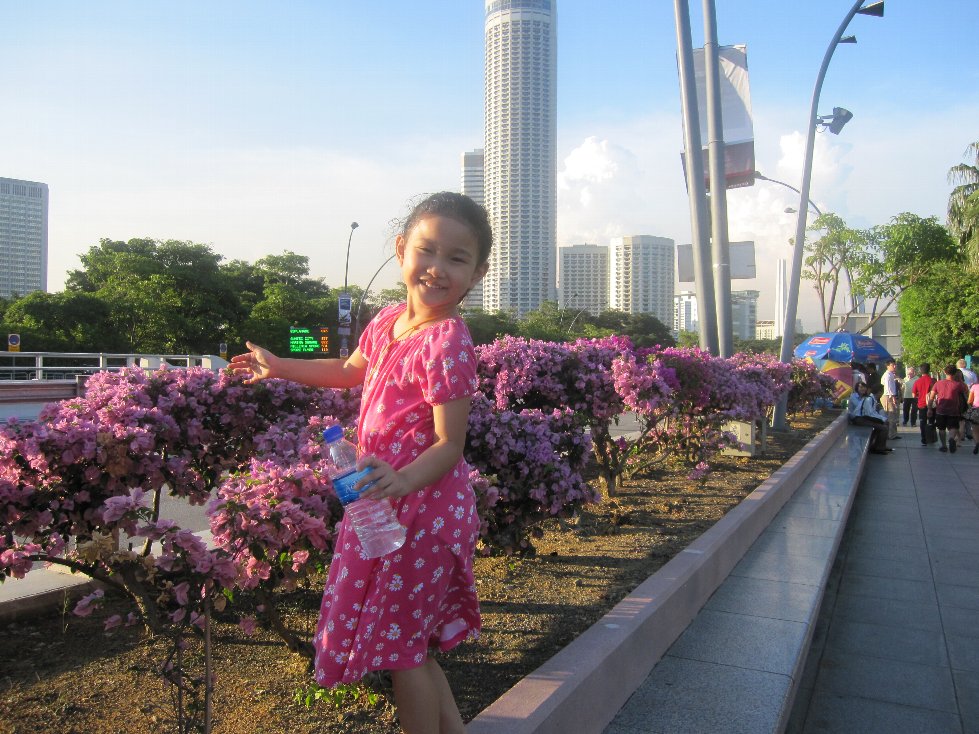 The rumors are true – Singapore is clean and orderly. It is also hot and humid outside, even on October. A stroll outside wouldn’t be smart without some towel, an extra shirt and water! 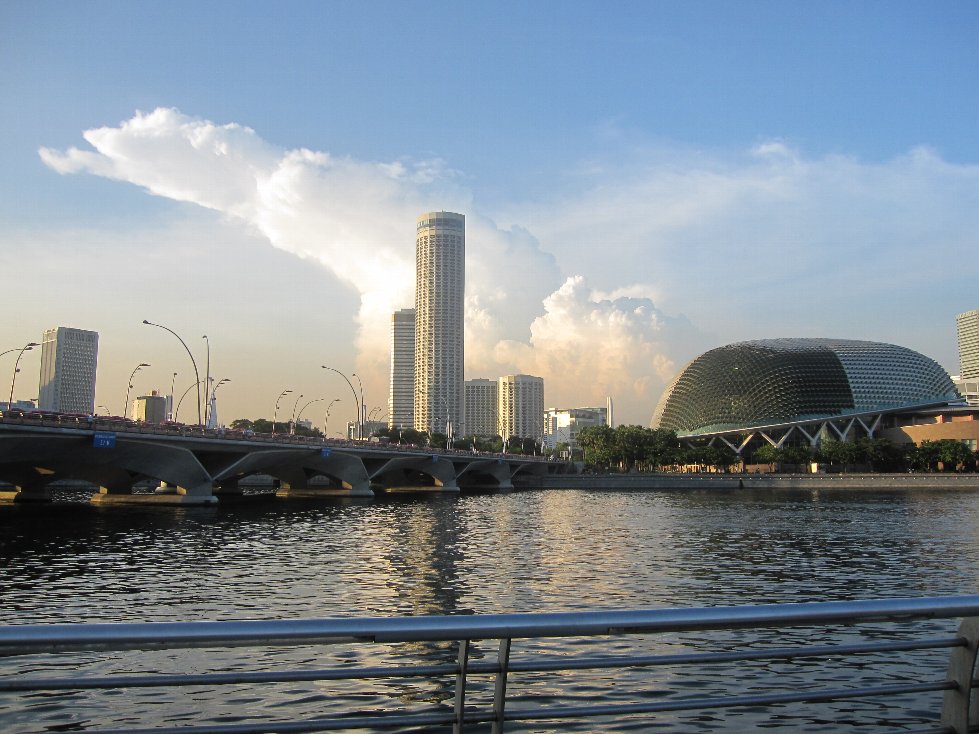 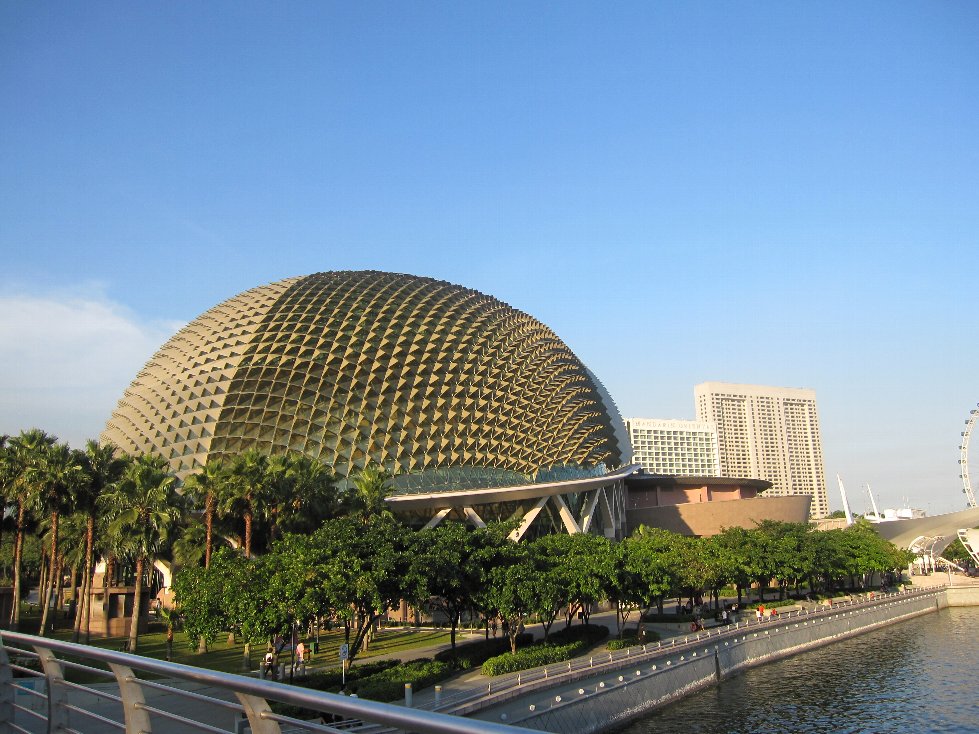 The Merlion is the symbol of Singapore, everyone knows that. You do, right? But behind the real Merlion, is a small Merlion to which Pristine fancied a lot saying, adults go to the real Merlion statue while this one’s for children like her. 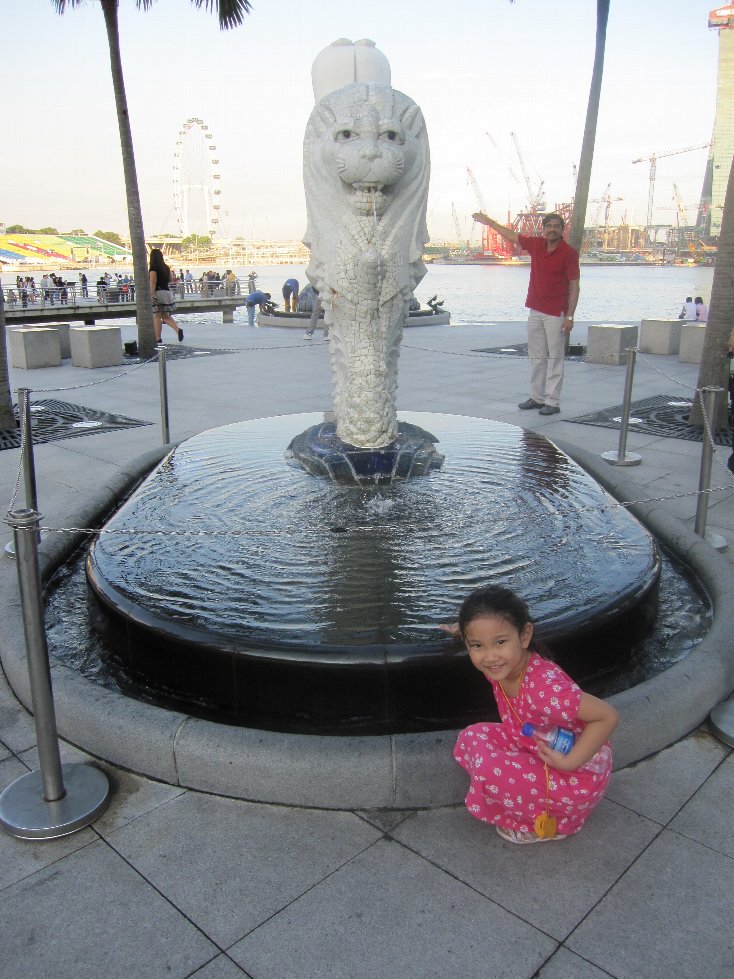 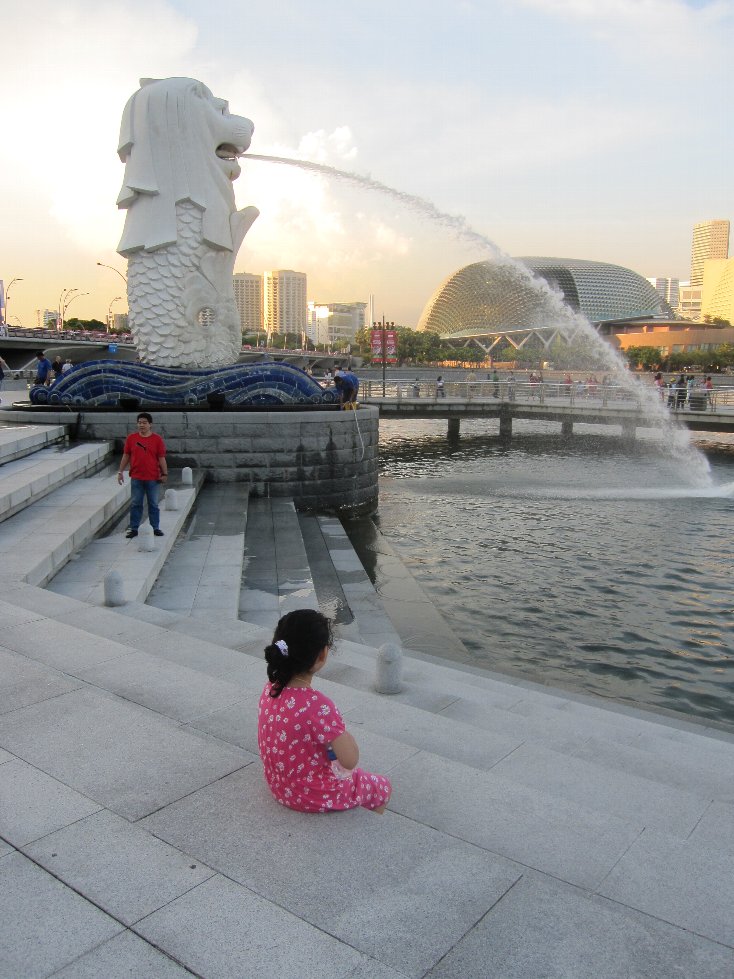 We got on a boat for a river cruise – at this point I was already exhausted and feeling so hot. Not hot like sexy but hot like damn hot, sweaty and just generally yucky. Dubai is hot on most months too but we don’t stroll around on foot like this!

M and Prisitine on the wooden river boat: 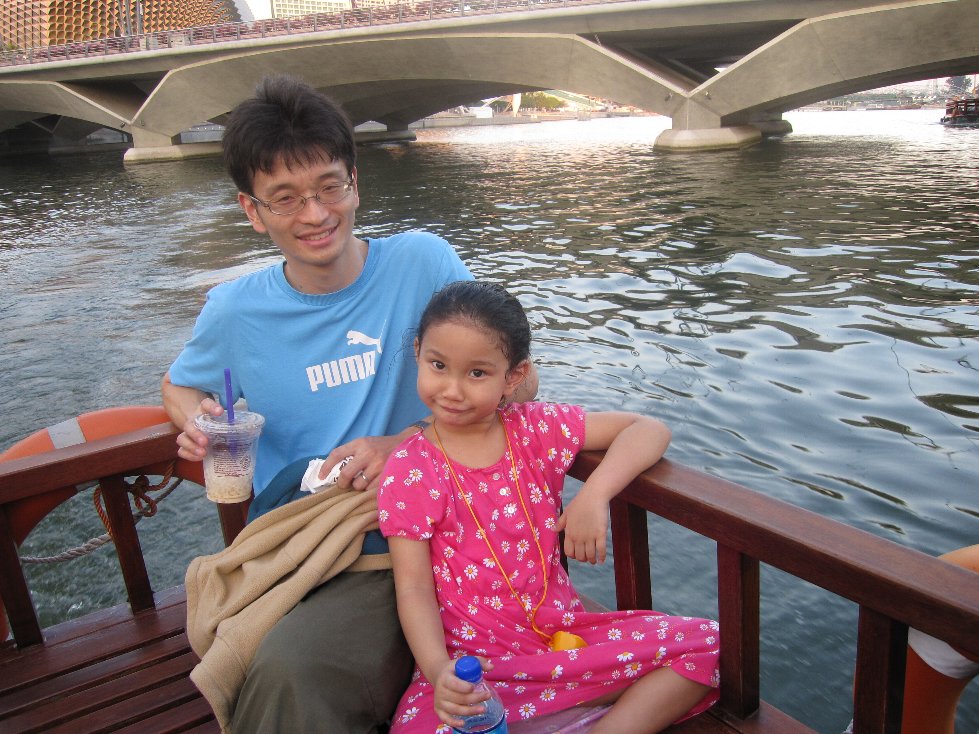 The adults (me and M) are already tired. However, our little companion is still kickin’ it (with funny face to boot).

Singapore was delightful and we would want to come back again. Probably take better and more photos and go to as far as Sentosa Island. It was truly a garden city or as the tour guide said, “A city within a garden.” Despite the occassional and surprising heavy rains, heat and humidity, I think I wouldn’t mind living in Singapore. 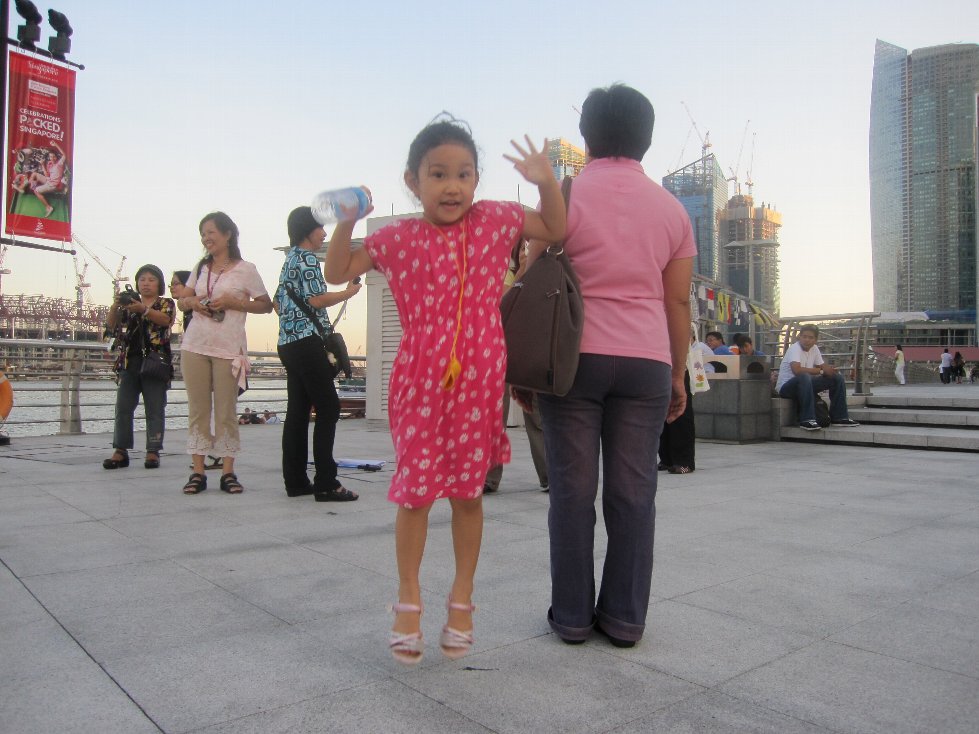 I think she wouldn’t mind too – she still talks about Singapore until now.

(including the night shots)