It’s inevitable. We just submitted school registration papers for Benjamin. I still can’t believe he’ll be going to school already. Wasn’t it just yesterday when he was still a baby who clings to me like a newborn sheep?

I found an old pic of Pristine, my older daughter when she was the same age as Benjamin now, 3 years and a couple of months. That top pic was taken at her first school in Dubai. We moved here in January 2007 from Japan and we put her to school around end of February/early March primarily because there was no one to take care of her at home (my husband needs to find work that time too as we moved to Dubai because of my work and he had to be a stay at home dad for a while). But mostly, because she was bored staying at home.

She had been attending day care in Japan since she was 16 months old so she’s used to the structure and routine of group activities with other kids. Pristine did not speak any English when we moved here. I used to read her English books while we were living in Japan so I think somehow she understands. Now, if I think about it, it was just pure faith on my part. She would converse with me solely in Japanese language. Even if I speak in English she would respond, although in non-English, so that made me think she understood me.

Anyway, that didn’t stop her from immersing in the new culture and the new language in another world she was suddenly whisked to. I am amazed at how children can easily adapt (and I am not sure how her teachers managed the constant blabber in a foreign language – Pristine talked like Japanese was the universal language!). After a few weeks, she started talking in English and after a month, the frequency of the Japanese words and sentences became less and less.

She was so confident. And mature.

Now, this baby boy of mine. He is my last child so that entitles me to call him ‘baby’ for as long as I want. He’s going to school coming September. I know that’s still months and months away but I can’t help but worry – how will he cope up? He is still a baby in my eyes, unlike his older sister when she was his age. 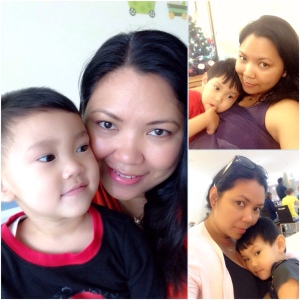 We’ve all heard the horror stories of children who scream and cry, throwing a fit when parents try and drop their children off at daycare. Pristine was like that at 16 months, for the first few days. At the other end of the spectrum are the kids who walk into the daycare without even a backwards glance – this I think will be Benjamin. He is excited with the outside world and ready to meet and play with children his age.

That said, Benjamin is very independent and would play by himself at home for hours on stretch but after a while, he would seek someone for cuddle time. Pristine wasn’t like this. Is this the difference between boys and girls?

Anyhow, I am not worried of the crying or clinging. What I am worried about is…the toilet time actually. Pristine was early into daycare and toilet trained there, mostly. She was off diapers before she was two (would only wear it at night just in case). Benjamin on the other hand, at 3 now is still wearing diapers. All day. We tried to talk him into sitting in the loo but he thinks it’s a dungeon that would swallow him up whole. He sits for a while but then wants to go down without doing his business. 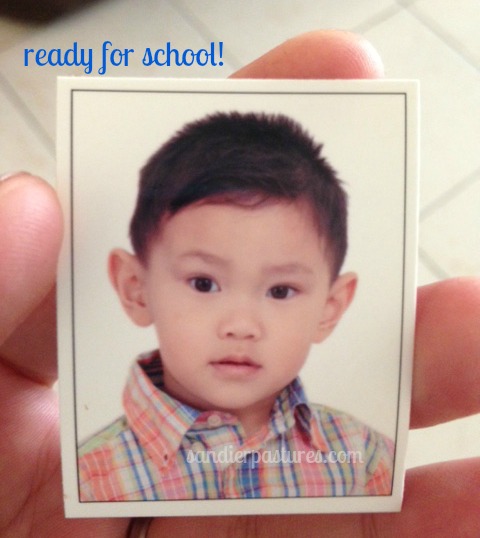 The school has the “no diaper” policy – they will not accept children who are still wearing diapers in KG 1 class. We still registered him because he might not have a place later (it gets filled out very fast). Good luck to us, we have about 8 months to completely toilet train this little guy. Other than this issue, look at him, he looks so ready for the grownup kids world already! No matter how many time I psyche myself that he is still a baby, my baby boy is really growing up. Now, I might be the one to suffer from separation anxiety!