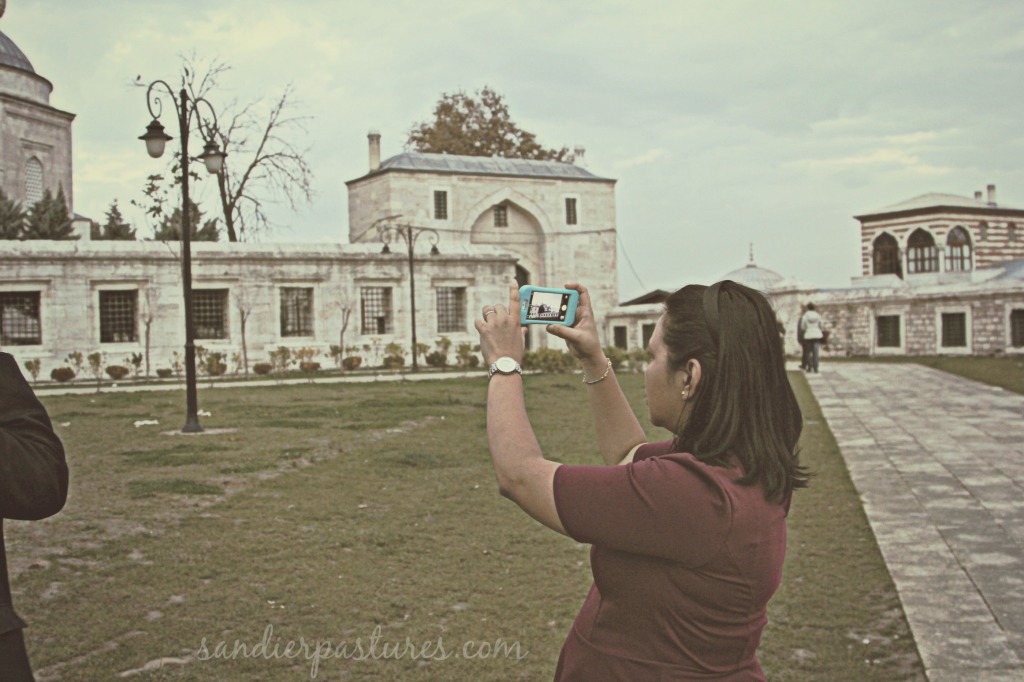 About a year ago, by some sheer luck, I was whisked to Istanbul, Turkey. That destination that always tops every traveler’s bucket list, Istanbul is ranked the world’s most popular travel destination, surpassing perennial favorites like London and Rome. Stepping into Istanbul is like stepping into another world – century old buildings stand near modern skyscrapers and despite the modernization of this tourist destination, the remains of Istanbul’s opulent past remained intact.

We walked through these cobblestone street and saw colorful buildings lined side by side.

Cafes I wanted to check out (even though I really don’t drink coffee). Unfortunately, like any other press/media trip, there was no time for that. Our itinerary was hectic and we kind of jump from one place to another. I’d like to do slow traveling to Istanbul next time. You know, travel for the sake of traveling. 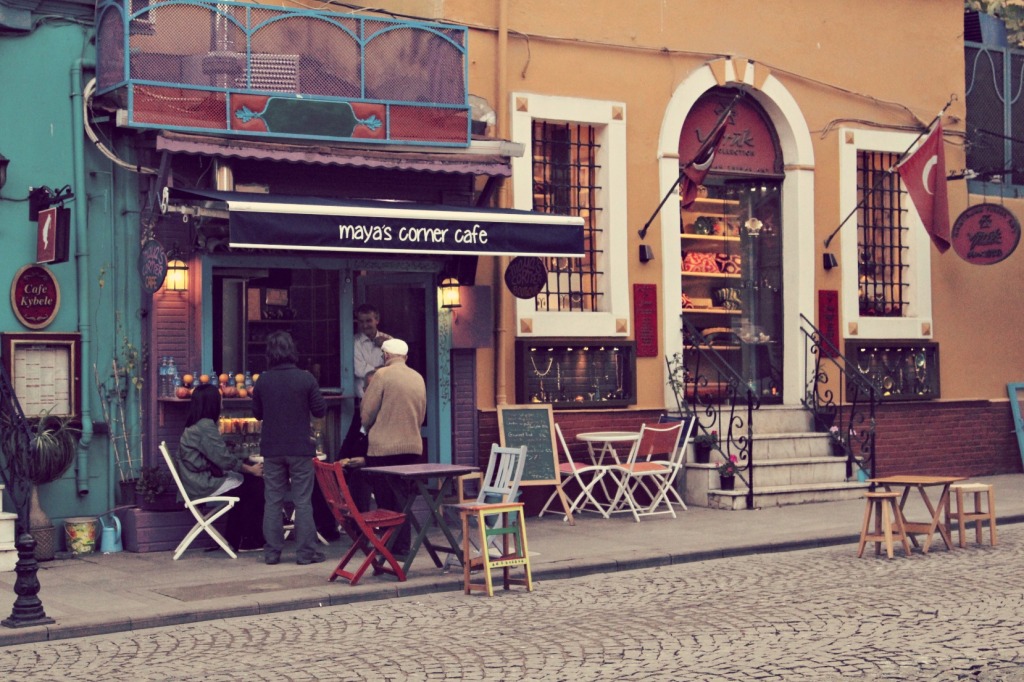 Istanbul in November was beautiful. It was autumn and the air is crisp and cool and filled with the smell of roasted chestnuts, a very popular street food.

The Turkish people are very proud of their country. There were many flags all around the city.

We explored Istanbul by foot – a lot that I had to wear (oversized) slippers (not mine but my travel buddy’s) on the last day because my feet would’ve died on me already. Being a very popular travel destination, there is nothing serene about the main streets of Istanbul. The traffic is heavy on most roads on weekdays, just like any other major city in the world, really. 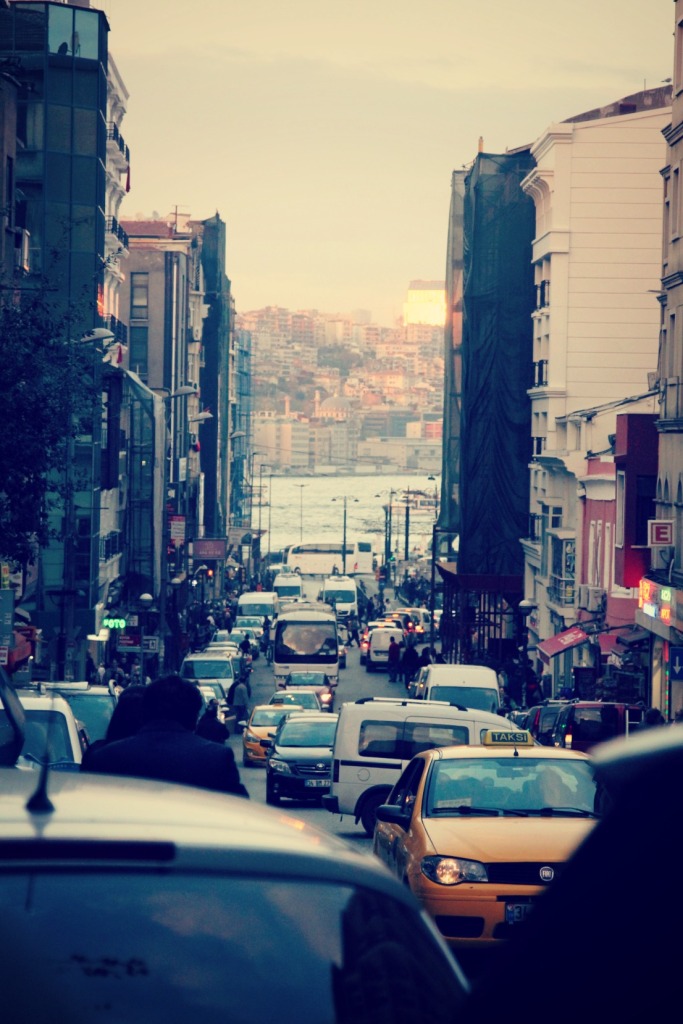 We merged into the crowd near the Egyptian bazaar. All the while I was thinking as I was busy taking photos, what if I get lost in this crowd of people? We weren’t able to explore the Egyptian bazaar because it was too crowded. It could be just like any other bazaar but then, I still wanted to see what’s inside.

We saw amazing sunsets along the way, on our way to the airport. It was our last few moments in Istanbul and the sky kind of gave us a grand closure to our short trip. 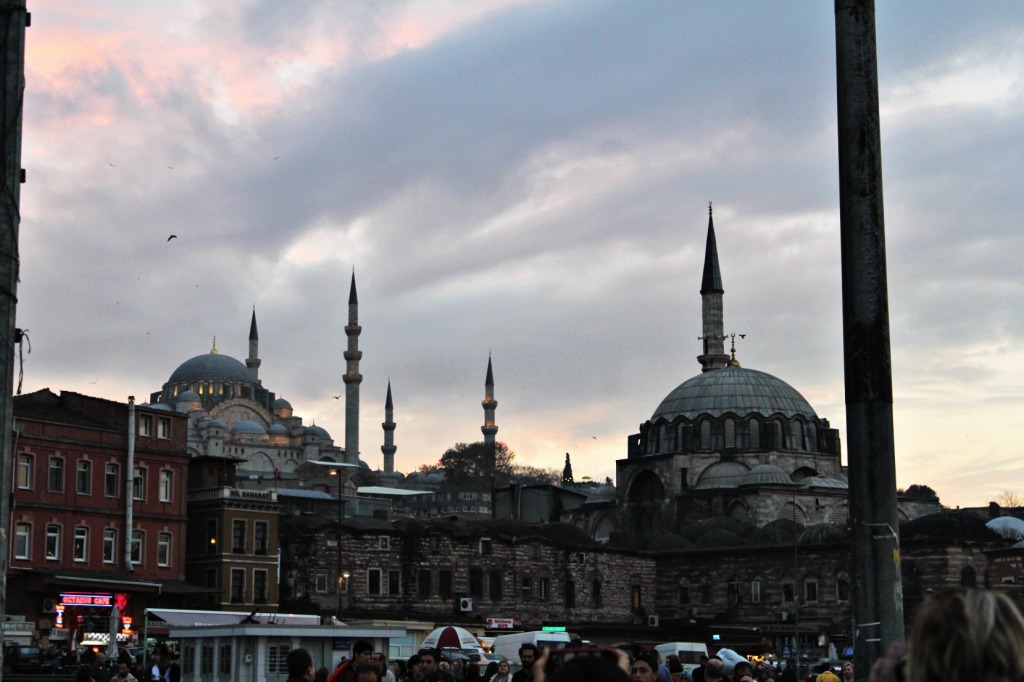 Istanbul was fun, especially if you’re sharing the trip with friends, old and new. (This is my friend Sheila of AB and Me blog – great travel buddy!) It’s always nice to do silly things…with someone else!

Istanbul was cold in November and we were all wrapped up at Bakirkoy, one of Istanbul’s famous shopping districts. I really liked the company of these ladies. They made the exhausting (enjoyable but cannot deny it was exhausting) trip so much easier.

Interesting people you see around, locals or tourists alike. The guy on the left was insisting we take a sip of Cay or Turkish tea. He looked right through me to convince me that Turkish tea is the best. I said ok and walked away, LOL! The photo on the right is most probably a tourist taking a selfie near the Hagiya Sofia with a (very!) grownup son in a baby(?!) carrier. 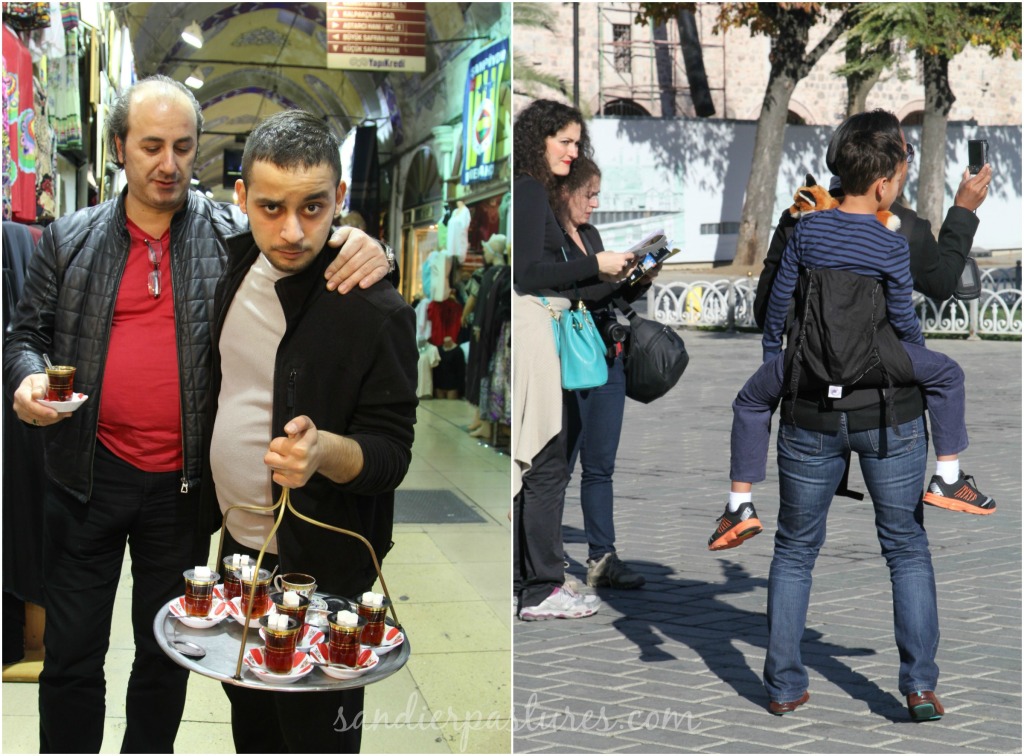 I’ve only been to Istanbul for three days and yet it leaves me wanting for more. It’s been a year but I am still thinking about it.

After all, there are so many places to explore – for one, I haven’t been to Istiklal Caddesi, the perfect metaphor for 21st-century Turkey, the busy Taksim Square, the symbolic heart of modern Istanbul. Then I want to walk across the Galata bridge at sunset to experience Istanbul at its most magical when the historic Galata Tower is surrounded by shrieking seagulls and see the mosques atop the seven hills of the city. Hmmm, I guess I’ve been reading too much travel guide books!

One thought on “It’s been a year since Istanbul”