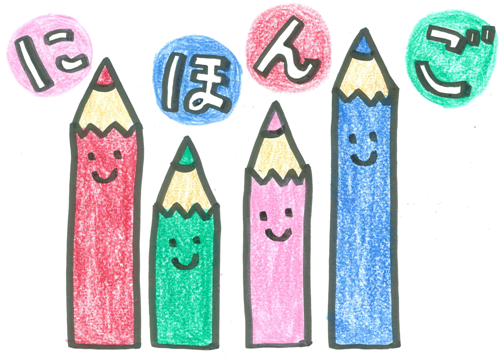 Do you think it is possible for someone to forget their own native language?

As an expat family, our 9 year old daughter, Pristine’s Japanese language skills has become a challenge for us – it has moved from the active part of her brain to the passive side, resulting in a pronounced loss of verbal eloquence. And consequently, communication gap with her father.

It’s ironic when one of the reasons we relocated to Dubai was to instill the English language to her young, still flexible brain (she was 3 years old when we moved here) and now that she’s mastered it, we’re fearing for the loss of her native language skills.

She now speaks Japanese with a very awkward, obviously foreign accent and has a vocabulary of a very young school child.

I feel that I am part to blame for this sad state of affairs – I still use Japanese when my husband and I communicate but with the kids, I tend to jump out to my comfort zone, speaking in English and/or my native Philippine dialect (which they have both picked up so well), only speaking in Japanese to them ‘whenever I feel like it’.

And most of the time, I really don’t feel like it. Guilty as charged.

So in a conscious effort to resuscitate Pristine’s Japanese language skills, we have enrolled her in a once a week language circle hosted by kind-hearted volunteers who work for free (we only pay a small amount for the supplies). They teach Japanese language every Saturday for an hour an a half – or merely 60 hours per year, not enough but still better than none at all. At the Nihongo Circle, the kids are grouped according to their language skills and Pristine belongs to the 1st grade even though she is in Grade 4 as per her real school age.

It wasn’t unexpected – her Japanese language skill is that of a 1st grader in Japan. Language is like muscle – if you don’t use it, you lose it. (Pristine is definitely starting to lose it.)

It’s a tough challenge for her and we sit down a few minutes every day to go through her lessons. But on top of her other activities and school homework, the progress had been slower than we like it to be.

Her father is too disappointed but somehow though, I’d like to think that the Japanese language for which Pristine used exclusively until she was three is just ‘somewhere’ sitting quietly in one corner of her brain and that if re-exposure to this language takes place over a certain period of time and is intensive, then remnants of this seemingly lost language is likely to be retrieved.

Are you an expat parent? Have any of your kids forgotten their first language?