From today, April 29, Japan will be enjoying a week-long holiday called “Golden Week”. The Golden Week is a collection of four national holidays within seven days. In combination with well placed weekends, the Golden Week becomes one of Japan’s three busiest holiday seasons.

So speaking of Japan, I wanted to post some photos of my husband’s trip there last month (the one where I decided not to tag along) because it’s been quite a while since I posted anything about Japan.

There were so many food photos my husband came home with and I certainly do not want to risk any one of you salivating over it (like I did) so let’s all refrain from posting food, shall we?

Most of all, I miss my grandmother in-law who’s 95 now but still as sharp as ever.

Here she is, looking at Pristine’s poses from a Babyshop catalog. She is mighty proud of her great-grand daughter. I remember when she told me before how it was rare to have photos taken during her time, how her precious  few pieces of photographs were destroyed during World War II – she must be so amazed how easy it is to take photos today and so easy to land in print. When Pristine was a baby, her great grandma told me Pristine would grow up to be a beautiful lady. I think she is right. (of course we are biased!)

Nostalgia aside, I am glad I did not have to deal with this: 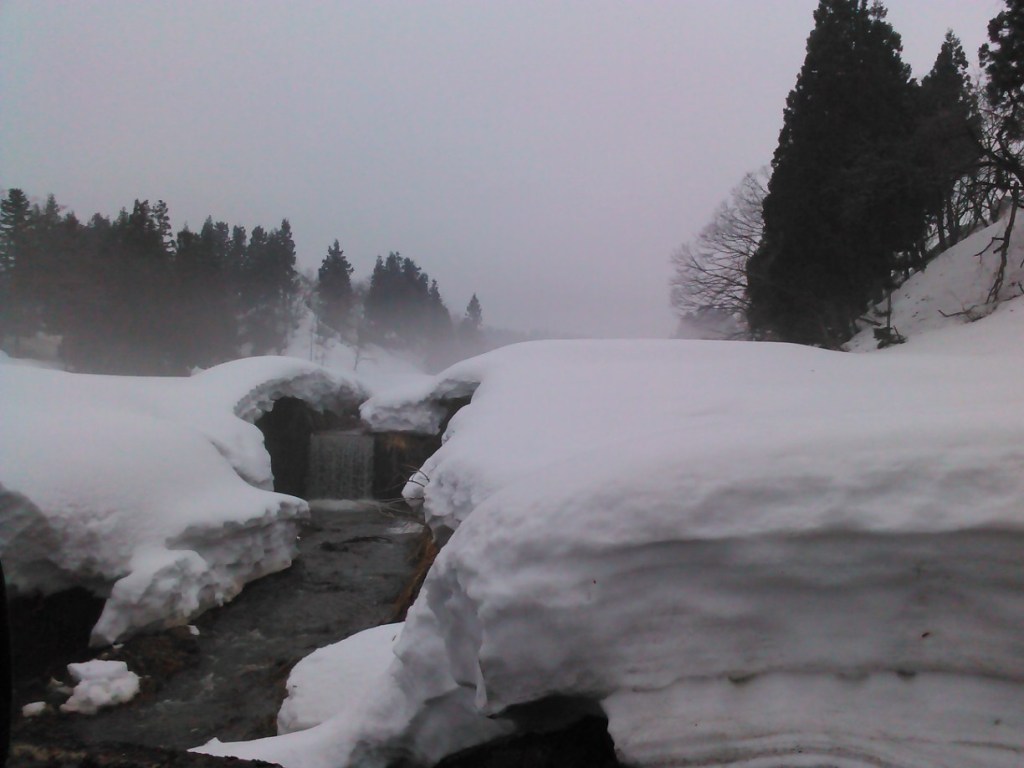 That, my friends is my husband’s hometown. This is where my father in-law’s rice farm is, just covered in snow for now.

And then this is right outside their house:

This was taken in mid-March people! Where is spring? Where are the famous cherry blossoms? When will it arrive? If you’ve been reading my blog for a while, you’d know that my husband hails from snow country.

I miss Japan so much; the last time I was there was in October 2009 but with a small baby and that bunch of snow (and indoor temperature in my in-law’s house only at about 3C), it was best I did not go.

The Pacific side of Japan is already bright and sunny in March. Cherry blossoms bloom in late March in Tokyo and Yokohama but in the side facing the Sea of Japan, it’s still gray and snowing. Until around late May, it’s impossible to wear just a shirt.

3 thoughts on “That part of Japan in mid-March”