It’s just my second day in Thailand and my love for the country is already overflowing. There’s just so many things I want to write about all at the same time so I wouldn’t forget about it. It’s like my mind is racing all the time and my fingers are itching to hit the keyboard while on the road.

But until this tour is over, I only have very limited internet time, that’s when the group goes back to the hotel for the night – after a sumptous dinner that makes me want to head straight to bed so I couldn’t spend too much time in front of the computer and risk waking up the next morning! But no, I have to write something then shower (the sea air makes me feel so sticky and let’s not start discussing about what it does to the hair) and sleep.

One of the things I love about Thailand is simply the food. Everything is just so fresh. The vegetables are crispy, fresh, mostly organic grown by local farmers and the fruits are of different varieties and are very delicious.

Above photo: Fruit platter at lunch, it’s only here I found out that there are really sweet Pomelos!

Above photo: Fruit inside my hotel room. Those round brown ones are called longans – interesting fruit, a cross of a rambutan and a lychee. Delicious. Addicting. I finished the bunch in one sitting.

While every fruit I’ve tasted was marvelous and dangerously addicting, my favorite though, is the coconut.

It is so healthy (it’s not called “tree of life” for nothing), it quenches thirst, it’s filling when eaten with its meat but I think most of all, because it reminds me of home. Thailand, like the Philippines is in South East Asia so they share (almost) the same weather and seasons and agricultural produce. I’ve had these coconuts while growing up until I left my home in the Philippines at 19 to study in Japan, spent 10+ years there then moved to Dubai, spending 4+ years there.

Both countries don’t have coconuts. 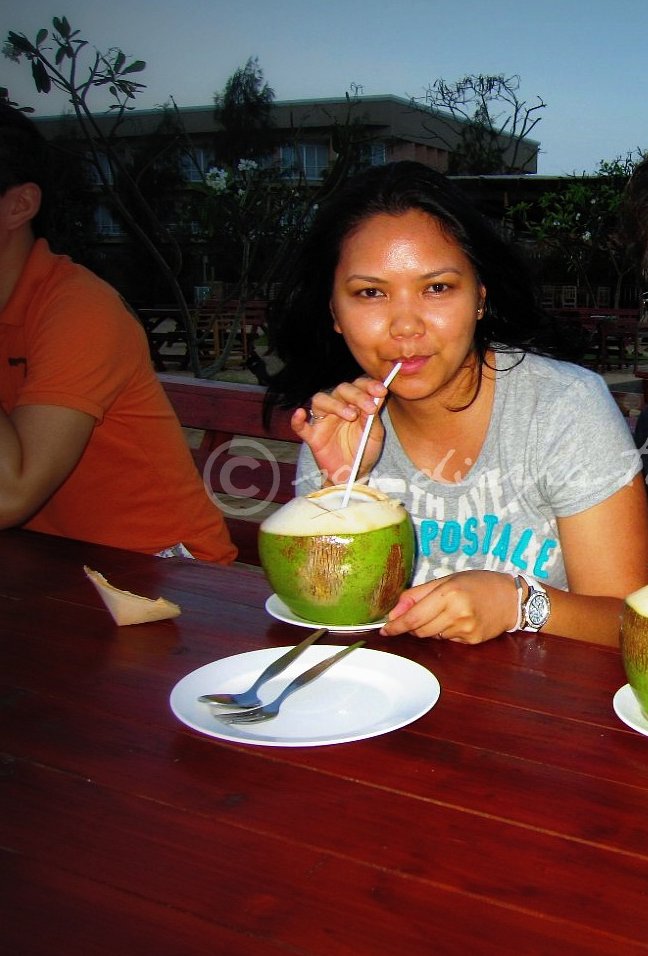 I didn’t realize how much I missed coconuts until I had them again, here in Thailand. I’ve got three days left of my trip and I plan on having as many coconuts as I possibly can!

Have you tried coconuts? Do you like it? If not, I suggest you give it a go!

15 thoughts on “Nuts about coconuts in Thailand”