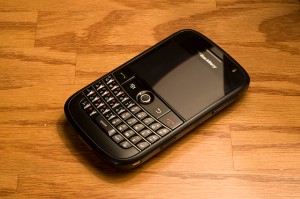 It’s October 11 – today is supposed to be x day for Blackberry users but contrary to what was announced two months ago regarding the Blackberry service suspension here in the UAE, Blackberry life goes on. And deliciously so.

After months of standoff between this gulf country and Canada,  the UAE’s Telecommunications Regulatory Authority and Blackberry maker Research in Motion (RIM) has reached an agreement. TRA said that RIM brought its devices in line with strict local jurisdictions on security and encryption.

All Blackberry services in the UAE will continue to operate as normal and no suspension of service will occur.

After all those rants in blogs, Twitter and increase of people switching to other devices (because what would a Blackberry for if email, web messaging and browsing is disabled),  the UAE backs off with the proposed ban. Not really surprised big time as this happens often here…they say something and take it back afterwards. Remember the ban on alcohol in restaurants?

As to what the  ‘agreement’ was about, no one knows. The Blackberry mystery is over. These past months was a great way to push iPhone 4 sales.

See:
1. The initial report to ban Blackberry services via Gulf News.
2. The current report of ban being lifted via BBC.

8 thoughts on “Blockberry no more”