When night falls in this Middle Eastern city of Dubai, expat workers turn on their car engines and ready themselves to face the traffic. The shawarma chefs don their aprons and turn on the fire. 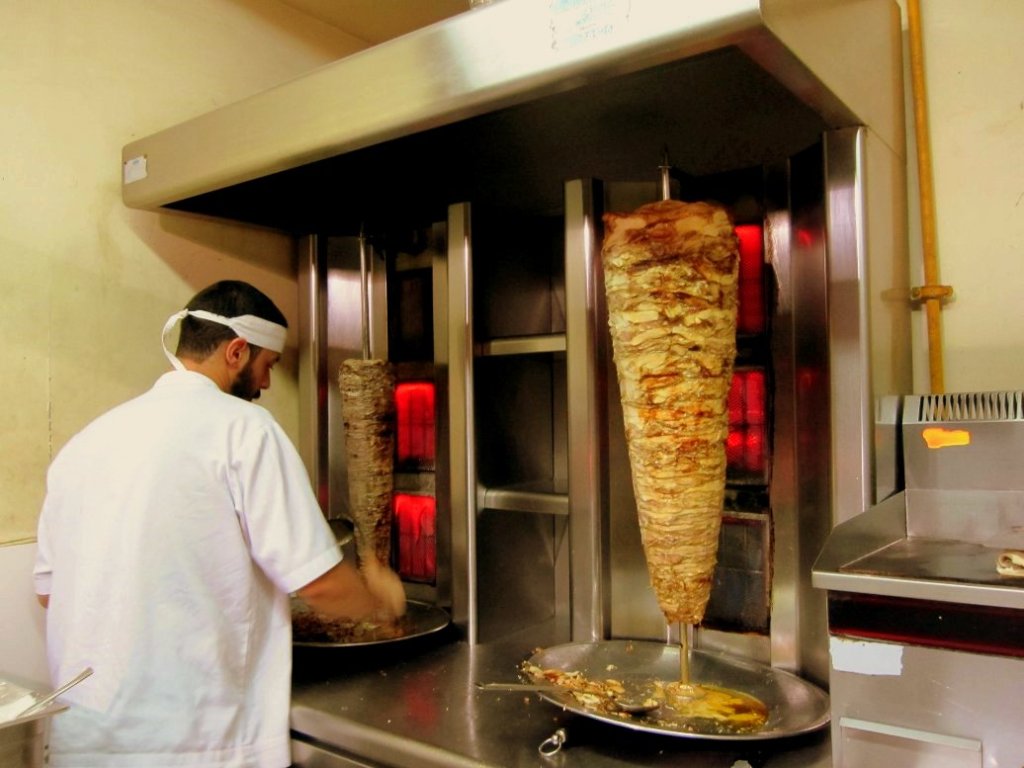 When we first arrived here in 2007, we were immediately intrigued by this exotic street food. After more than 10 years of eating Japanese food, a simple sandwich like this is ‘exotic’ enough for us. We ate it at the rate of how people eat McDonalds in America. No kidding. What is a shawarma? A shawarma is a Middle Eastern sandwich-like wrap filled with shaved meat – either chicken, lamb, beef or a combination of any. Other things in the sandwich include pickles, vegetables like lettuce and tomatoes and sometimes french fries(!) and garlic sauce. 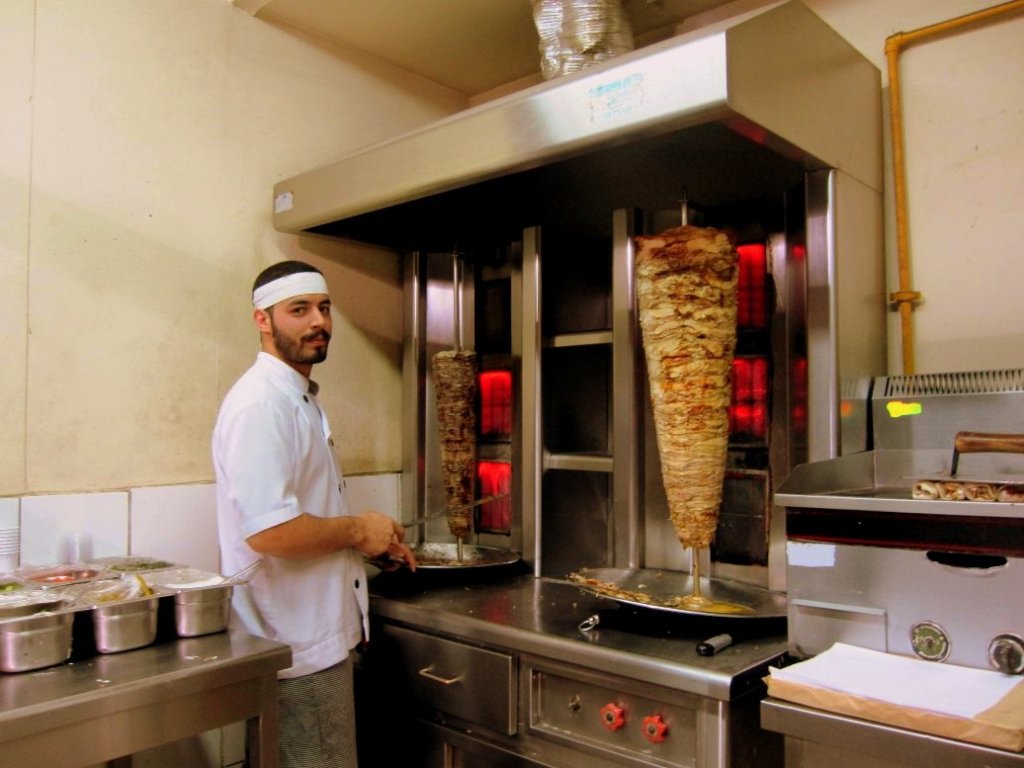 Most shawarmas are made outside restaurants and these shawarma shops can be spotted easily by their towering logs of revolving meat and vertical red cookers. It’s a pleasure to see these shawarma shops along with the small cafeterias at night. The meat in these meat towers are usually shaved using a long wield knife by a shawarma cutter, dressed in white like that of a French chef. There’s an aluminum plate below where the shaved meat falls and blends with the delicious dripping. The pan also allows the vegetables to soak up the meat juices from above, giving them a that extra oomph later on. Then the chef fills an Arabic bread or a paper thin bread (Iranian/Syrian style) with the meat and vegetables, wrap it in paper and handed to you. Interestingly, not all shawarmas you see in Dubai are created equal. The shawarmas in the streets is a country to country experience, changing by taste even in the same neighborhood. 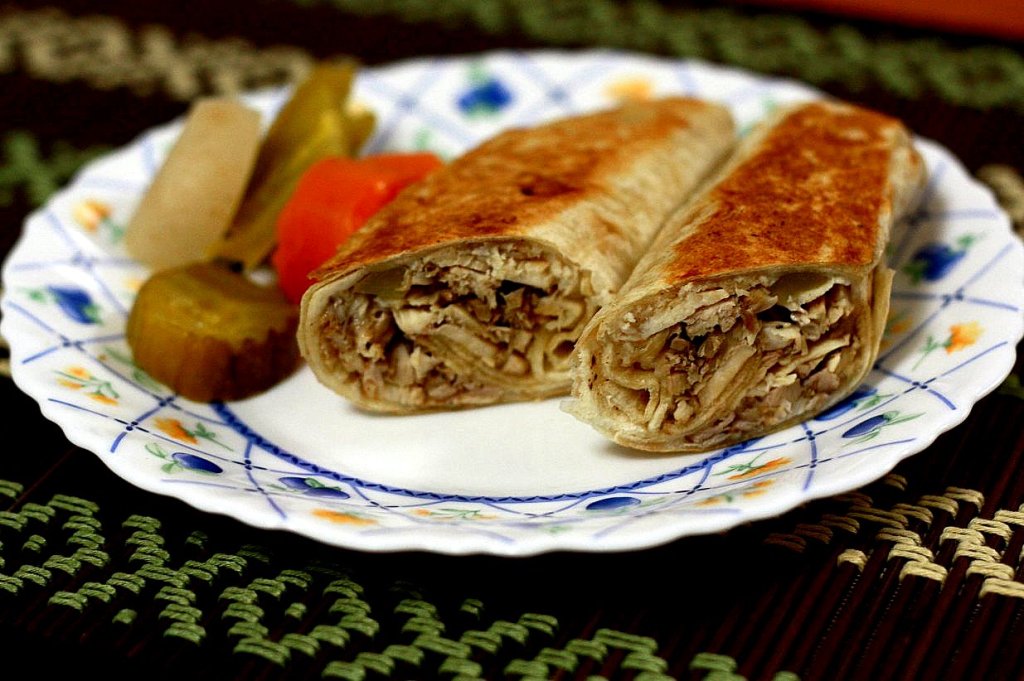 The best sharwarma we had is the Iran and Syrian style where the outside of the sandwich is seared crispy on top of a hot plate. This kind of shawarma uses a distinctively thinner sandwich than the traditional Arabic bread so there’s more juicy, delicious filling than the starchy bread. 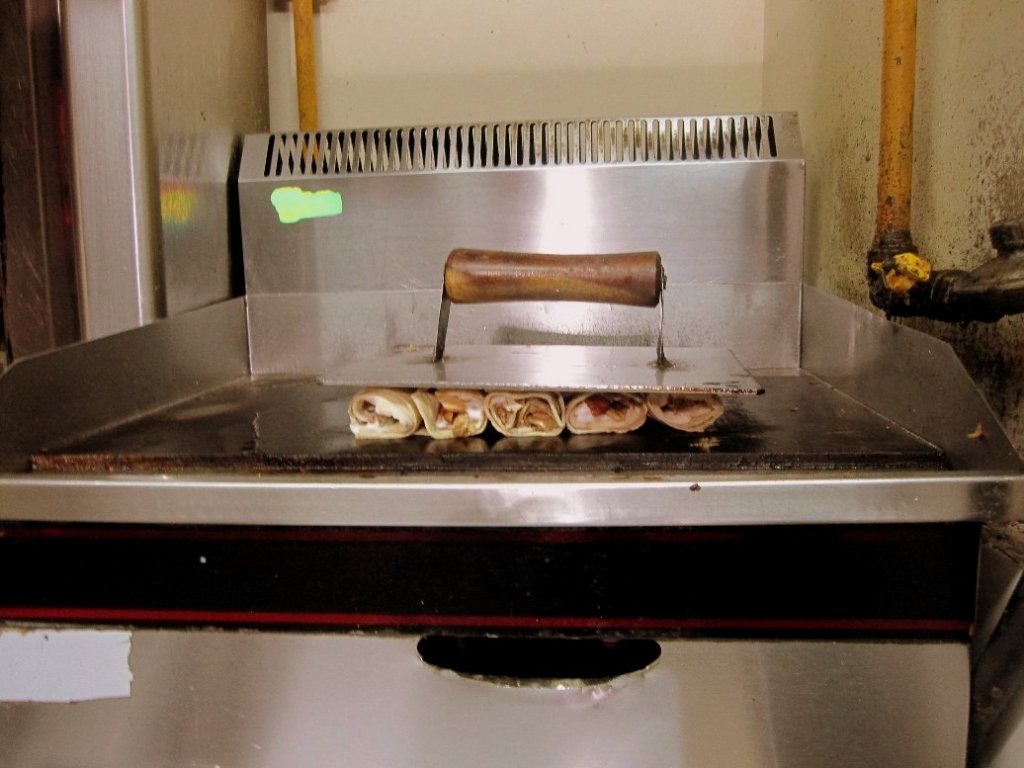 I haven’t been to any other countries in the Middle East but in Dubai, most shawarma shops in the street are open only in the evenings so don’t expect that you can have it at lunch although you can find shawarmas inside some food courts, malls and restaurants. 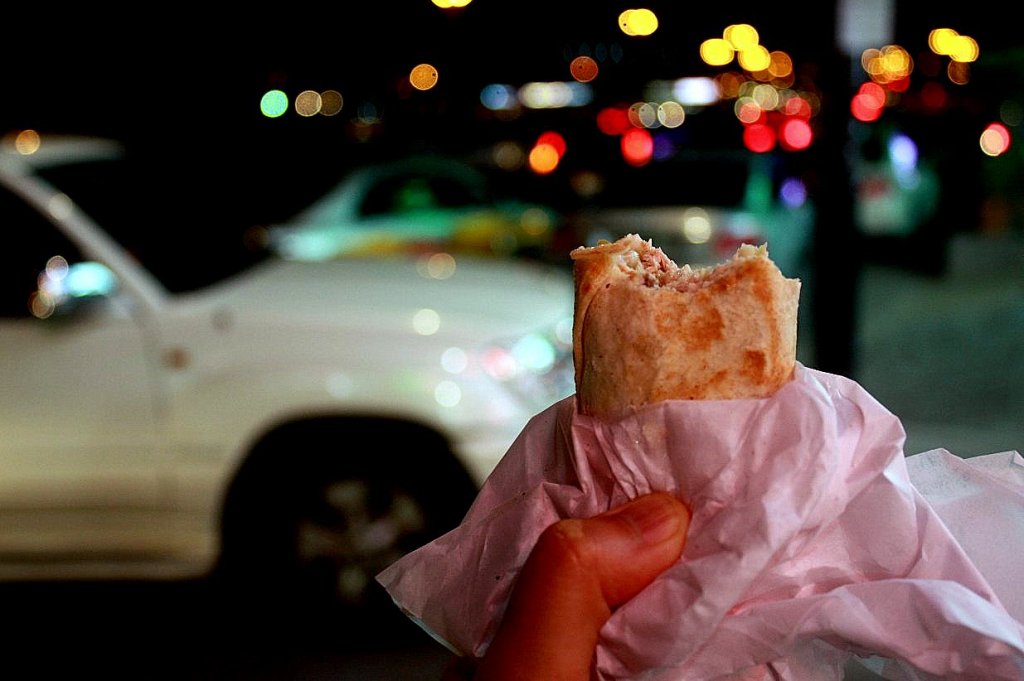 Shawarma in the city

So, after almost four years in Dubai, we’ve had lots of bad, good, could do better, so-so and great shawarmas. We know where to and not to go, mostly. One of the best ones we frequent to is very near where we live. Every time we take a night stroll with a shawarma sandwich in our hands we always think:

This would be one of the things we’ll miss when we leave Dubai.

This post has been entered into the Grantourismo HomeAway Holiday Rentals-travel blogging competition.

45 thoughts on “Shawarma – Arabic street food with a sense”